Tips To Improve Shooting Accuracy With Rifle and Handgun

Shooting is a lot of fun. Shooting accurately is even more fun. There are a couple of easy principles that can be applied to both rifles and handguns that will vastly improve shooting accuracy of yours’. These fundamentals are easy to apply, and you’ll notice a difference pretty quickly.

As with any skill, becoming a better shot takes practice. You can study these fundamentals all day, but until you spend hours practicing at the range, you can’t improve shooting accuracy.

Before getting into the principles of shooting, we will assume that your weapon is accurately zeroed. If your zero is no good, it doesn’t matter how good your techniques are.

However, there are some ballistic fundamentals that go into zeroing your weapon as well. Keep in mind that the optical plane (looking through/down your sights) is slightly higher than the trajectory of the bullet, since the barrel is below the optics.

These two planes are nearly identical, but they are only truly the exact same at two different points along the bullet’s trajectory. We won’t bore you with the physics, but it’s worthwhile to research the ballistics of your specific cartridge, that way you can zero the weapon at the appropriate distance. If you zero the weapon at an ideal distance, your point of aim and point of impact will be as close as possible throughout the entire effective range of the bullet.

Now that we’ve gotten past the basics of ballistics, we will talk briefly about the three primary aspects of shooting technique which will help to improve shooting accuracy. These three fundamentals are the position that you’re shooting from, your breathing while shooting, and your trigger squeeze.

3 Fundamentals to Improve Your Accuracy with your Rifle and Handgun

Shooting position refers to the actual, physical position that your body is in while firing the weapon. This should be a comfortable position that will allow you to control the recoil of the weapon, while also maintaining and clear and consistent sight picture.

Keeping your head in the same position while firing will prevent you from having to reset your vision. This will allow you to focus on your target better, which will improve shooting accuracy significantly.

– When shooting a rifle, the buttstock should be placed firmly against your body. It should be in the indentation between your shoulder and your chest, as this is a pretty stable position that is easy to repeat. Your head should be firmly pressed against the stock of the weapon, and your non-firing hand should be slightly pulling the weapon into your body. 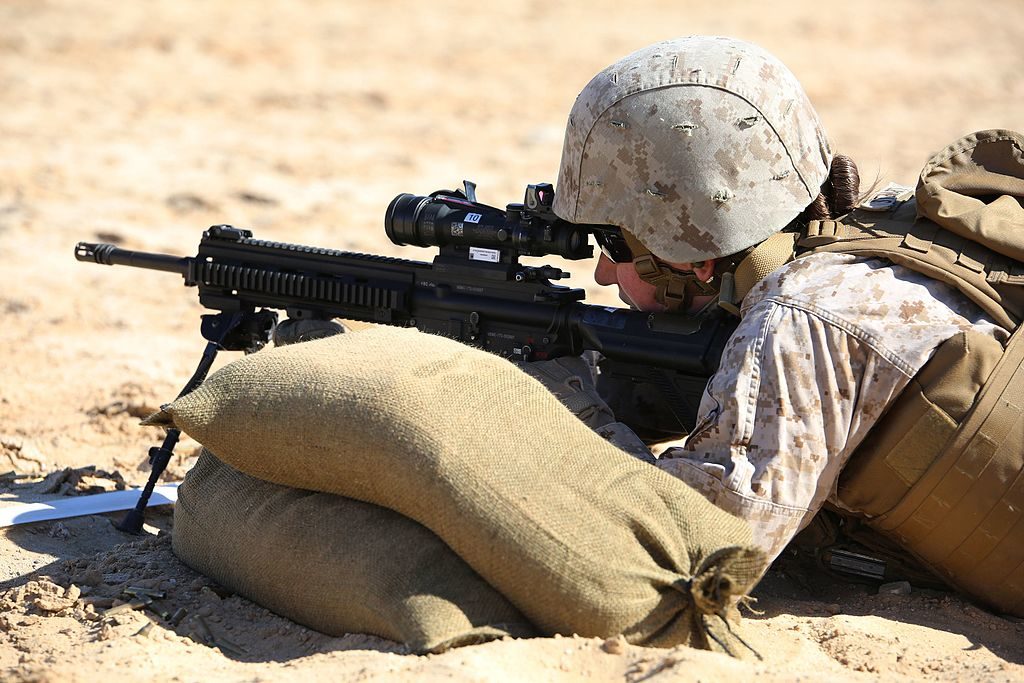 – With a handgun, there obviously isn’t as much real estate to work with, so your grip becomes extremely important. There are a couple of different methods that are commonly taught. My recommendation is to choose one that works best for you, and do the exact same thing every single time you shoot.

For me, I like to have both of my thumbs pointed downrange on the side of the barrel. Another recommendation with a handgun is to nearly lock your firing elbow, and pull back a little with your forward hand. This has the same effect as pulling a rifle against your shoulder; it helps to reduce recoil and return the weapon to the same firing position each shot. 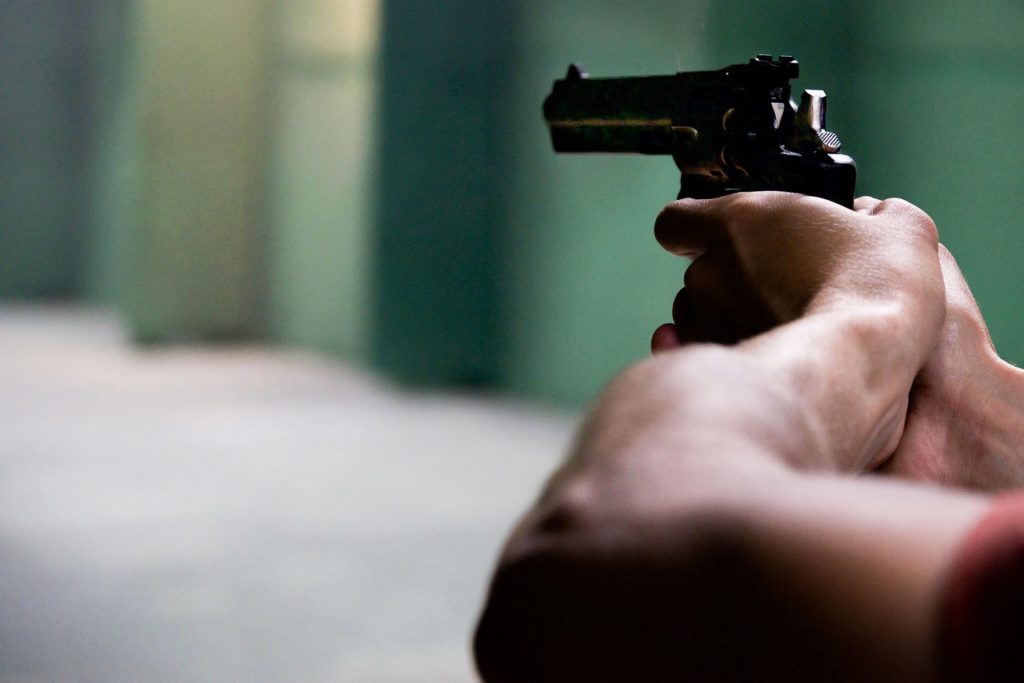 When firing a handgun, you should be in a slightly crouched position. This will make sure that the weapon is more or less at eye level, which serves the same purpose as holding your head tightly against the buttstock of a rifle.

While there are obviously quite a few aspects of shooting position that come into play, the primary goal is that you should be firing from the exact same position each time. This will make it much easier to aim, adjust to recoil and continue shooting. If you are constantly resetting your body between shots, it will not improve shooting accuracy.

Breathing is much easier to teach and understand than an accurate shooting position. Put your arm out in front of your face and breathe in and out a few times. Notice how your arm slightly moves up and down?

That’s exactly what happens while you are holding your weapon and trying to shoot. If you fire the weapon while you are breathing in or out, the rifle will be moving slightly, which will cause you to miss your target.

To fix this, you should shoot between breaths. “Breathe in. Breathe out. Fire”. Your point of aim will be momentarily steady in between breaths. However, don’t hold your breath, because this could cause other accuracy issues. If need be, just take another breath and reacquire the target through your sights afterward.

The final basic shooting fundamental is your trigger squeeze. If you jerk the trigger, it will cause you to slightly twitch the rifle or handgun, which will then cause you to have an inaccurate shot. When you are pulling the trigger, you should have a controlled pull, followed by a pause, and then a deliberate release. 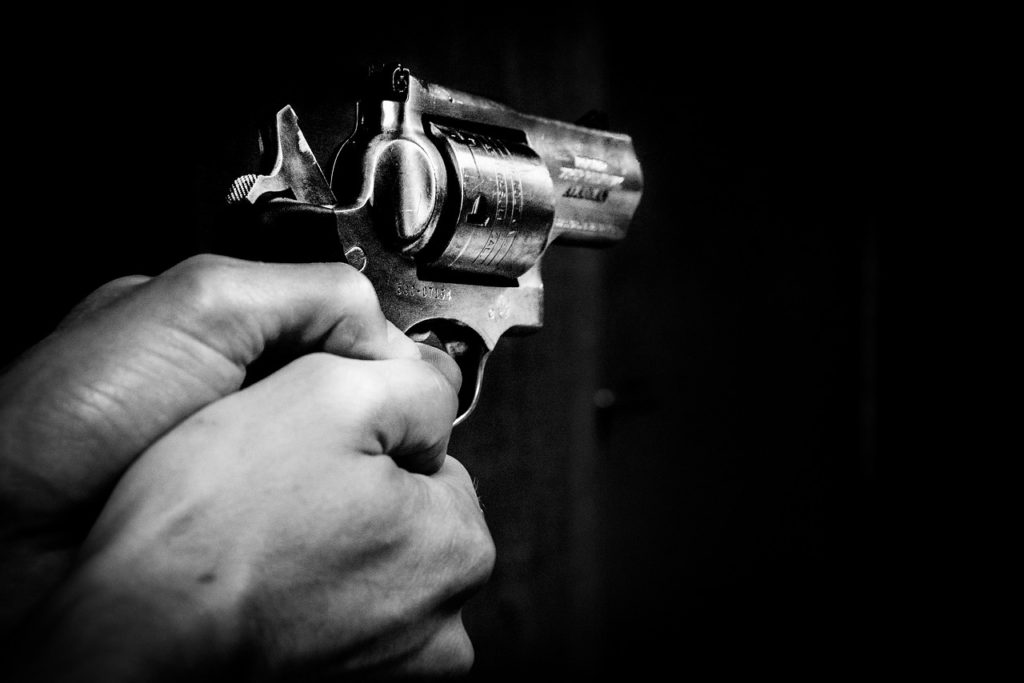 To Sum it Up

These three fundamentals will help to improve shooting accuracy over time. It will take a lot of practice, but over time, you will notice that it becomes easier and easier to repeat the same steps. The primary goal of your shooting fundamentals should be that you are firing from the exact same position, in the exact same way, over and over again.